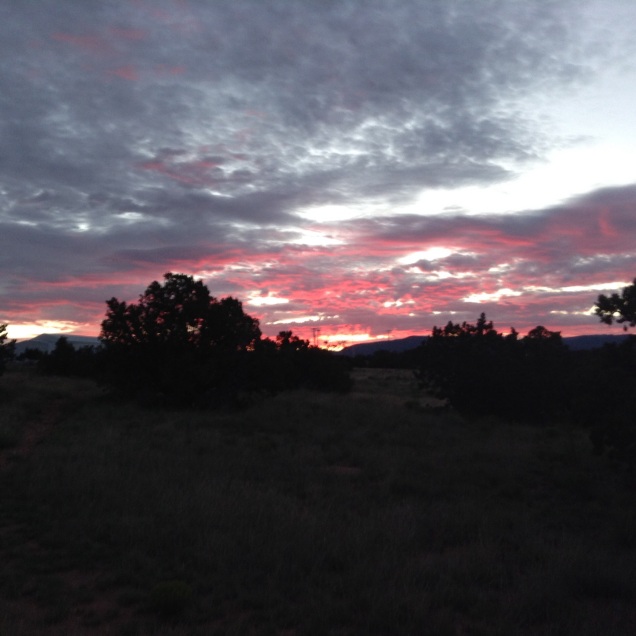 Another work week is in the books.

I had a pleasant, productive week at the office other than the first two days when the next door building construction was particularly noisy. By the end of the week they were still doing grading and dirt work but the equipment was so quiet that I barely heard it in my office.

Our peaceful early morning walks continue. I can tell the days are already getting shorter because when I leave the house at 5:45 a.m. it is still dark. I have always enjoyed watching the sunrise. There is something spiritual and uplifting about watching the light of day gradually replace the darkness of night. When we go on road trips I always prefer to leave while it is still dark so I can watch the sun rise above the horizon. Anyway, it makes these early walks especially enjoyable. Yet it is a constant reminder that the days of summer are almost over. 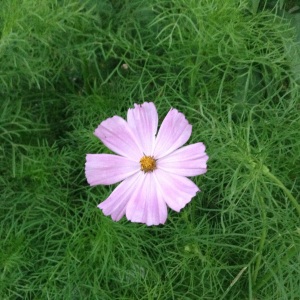 Last week I reported that our cosmos are  blossoming  in the front flower garden but all of the blooms were white. This week the first pink blossom appeared. The cosmos are from last year and since they were so colorful we are quite surprised that they are almost all white this year. Even the pink isn’t as strong of a pink color as we would have expected.

The dogs had their annual wellness checks with the vet this week. It was time for their 3 year rabies shots and other shots as well as getting some prescriptions renewed. That is always a good thing to get out-of-the-way. Because they are older we have to take them in fairly often for one thing or another but that is something that goes along with pet ownership. We so enjoy their companionship.

My computer has been somewhat uncooperative lately with one thing or another slowing it down.

I am out of my league when I get such messages as “Plug-in Unresponsive”. I don’t know what a plug-in is and whether or not I need it. It does make the flow of words and the ability to respond to comments on my blog a little more difficult. It is something, however, that I will not allow to defeat me. I probably should take it in again to have it looked at but that is one of the tedious things that I never seem to get around to.

Hope all is well with you and yours. Wishing everyone a happy and relaxing weekend.

I am approaching retirement. I am trying to figure out what comes next while revealing some anecdotes from a life well-lived, sharing emotional highs and lows, and enjoying some laughs along the way. I invite you to join me on the adventure.
Follow Good Woman on WordPress.com
Join 250 other followers